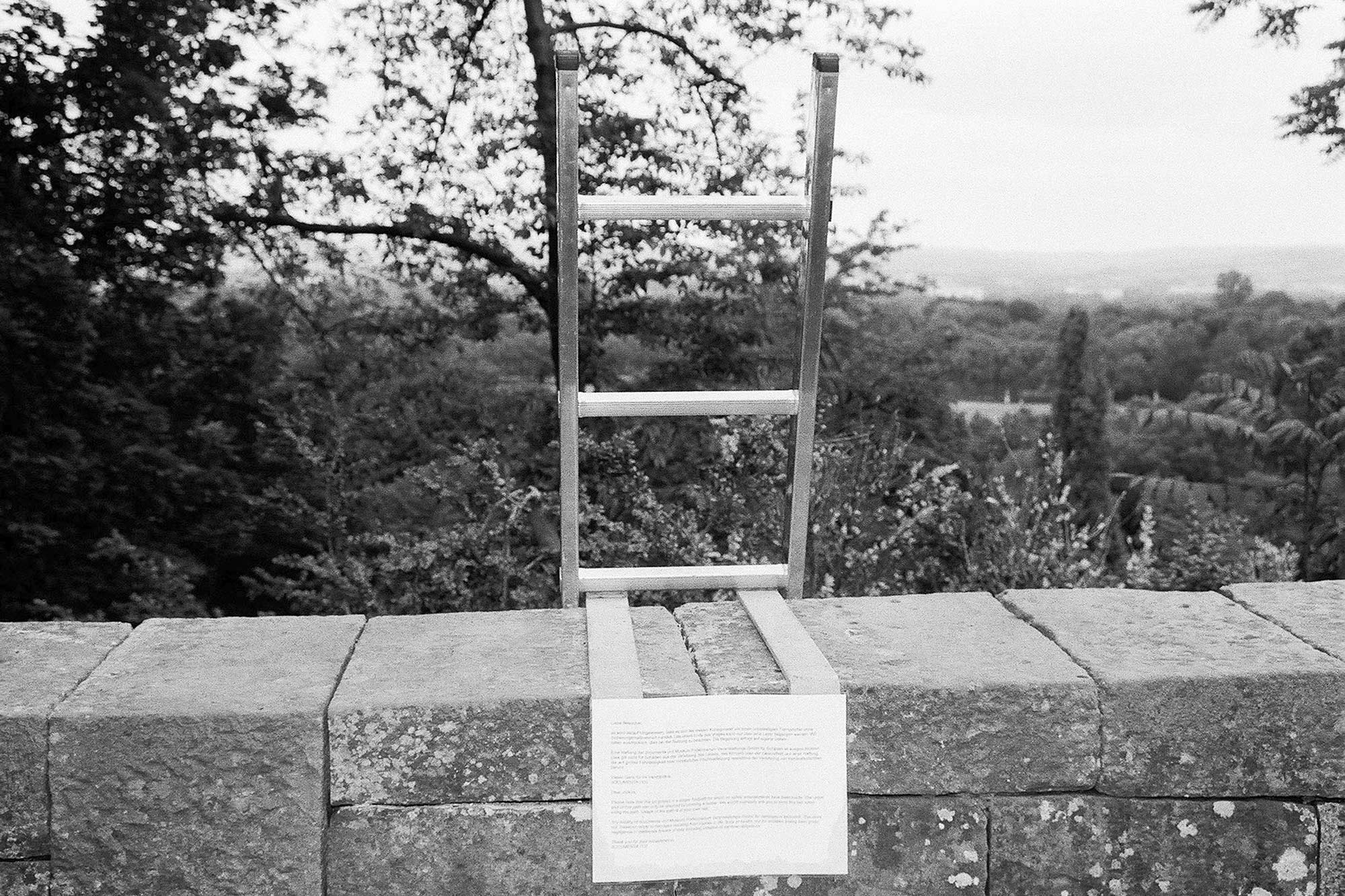 
Introductory conversation with Natascha Sadr Haghighian and Pola Sieverding about listening to rubble, followed by a visual introduction into the main pathways through the book. The talk will be accompanied by additional visual material, sketches, notes and photographs from the process of how trail took shape.

As part of dOCUMENTA (13) Natascha Sadr Haghighian laid out a trail at the Auehang in Kassel. It was located next to a memorial to the fallen German soldiers of the two World Wars and accompanied by onomatopoeic sounds. In the process of laying out the trail, Haghighian discovered that the entire slope consisted of rubble from the Second World War. In the book she follows the ‘trail’ of this debris together with Pola Sieverding and Jasper Kettner and ends up with the Kassel-based armaments industry, with stories of migration and forced labour, with military vehicles named after animals, and with flowers that only grow in rubble. Via an exchange of letters with Anselm Franke, Avery Gordon, Ayşe Guelec, and a number of other correspondents, the findings are linked and examined together, revealing a view of historical continuities, loops, and ruptures, resembling the layering of the debris itself.

Natascha Sadr Haghighian’s research-based practice encompasses a variety of forms and formats, among them video, performance, installations, text, and sound, and is primarily concerned with the socio-political implications of contemporary modes of world-making.  Rather than offering highlights from a CV, Haghighian asks readers to go to www.bioswop.net, a CV-exchange platform where artists and other cultural practitioners can borrow and lend CVs for various purposes.

Pola Sieverding’s works are circling around questions of representation and image production within cultural formations that are defined by various concepts of desire and identification processes. The idea of portraiture in terms of an interpretive reading of the inscriptions of culture in the human body is a recurring moment in her work. With photography, video and sound she investigates the physical body as bearer of historical narratives that shape a contemporary discourse on the social body. Pola Sieverding lives and works in Berlin.